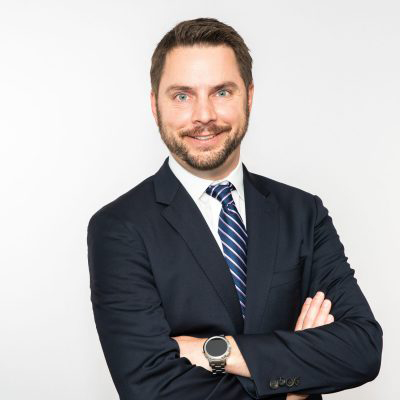 Robbie has spent over a decade fighting for justice in Baltimore City courtrooms. First, as an Assistant Public Defender, where Robbie tried well over one hundred cases. Then, in civil litigation where he has represented children who have been poisoned by lead-based paint.

Born in Baltimore, Maryland, Robbie graduated from Towson University in 2003 with a degree in Political Science. He attended the University of Baltimore School of Law and received a Juris Doctor degree in 2007. During law school, Robbie got a head start on trial practice as a Rule 16 Student Attorney with the Office of the Public Defender in Baltimore City.

Robbie was promoted to Assistant Public Defender upon graduation from law school. He was known as a fearless trial lawyer who zealously advocated for his clients in district, circuit and juvenile courts. He also worked on the Public Defender’s government relations team to explain to the Maryland Legislature how proposed laws can impact all of us.

Since 2012, Robbie has successfully transitioned to civil litigation where he has won several million-dollar verdicts on behalf of lead-poisoned children in Baltimore. His courtroom success has motivated insurance companies to settle dozens of cases without the need to go to trial. He is also a member of the Maryland Association for Justice, American Association for Justice, and the Baltimore County Bar Association. He also serves as Adjunct Faculty in the Legal Studies department at the Community College of Baltimore County.

Robbie is an active member of his community. He served on the Baltimore County Board of Parks and Recreation from 2014-2018 to make sure that our kids enjoy the same opportunities that he had growing up. Robbie has also served as Chair of the Baltimore County Democratic Party, was an alternate delegate to the Democratic National Convention, and was a member of the Electoral College. He has served as the Secretary of the Maryland Democratic Party since December 2018. In addition, in 2020, Robbie was elected as a Democratic National Committee Member.